With Oil costs now higher than ever & rising every year it has never made more sense to look at ways to reduce our fuel bills as much as possible. One easy way of doing this is to replace your old boiler with a new high efficiency condensing boiler. We recommend Grant boilers to our customers due to their high efficiency & reliability, both come with extended warranties which can be linked to a service plan which guarantees them for up to 5 years. All boilers are fitted by OFTEC engineers & in line with current building regulations. As Green Deal approved installers we can help our customers qualify for a £400 grant via the Green homes cashback scheme which is currently running. Please contact us for details on how you can accesses this funding. 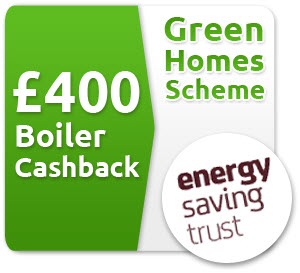 What is a high-efficiency condensing boiler?

Because the flue gases leaving a condensing boiler are cool, they tend to produce a noticeable mist or plume of water vapour around the flue terminal itself (as they condense upon contact with the atmosphere), especially under cold conditions. This is not a problem and in fact indicates that the boiler is working as intended. However, consideration should be given to boiler and flue location prior to installation so that the plume will not be too close to neighbouring properties or windows, doors and paths regularly used in the winter. Condensing boilers offer tangible benefits by:

OFTEC is the Oil Fired Technical Association. They are recognised by the Government, oil companies, heating appliance and tank manufacturers as being the acceptable trade body in technician training & assessment for the domestic heating, oil distribution and commercial oil firing industry. For the oil industry in England and Wales , OFTEC registered technicians are the only people defined as ‘competent’ and able to self certify their work without the need for informing the local building control department. Website: www.oftec.org
contact
This website uses cookies to improve your experience. We'll assume you're ok with this, but you can opt-out if you wish.Accept Read More
Privacy & Cookies Policy
Necessary Always Enabled